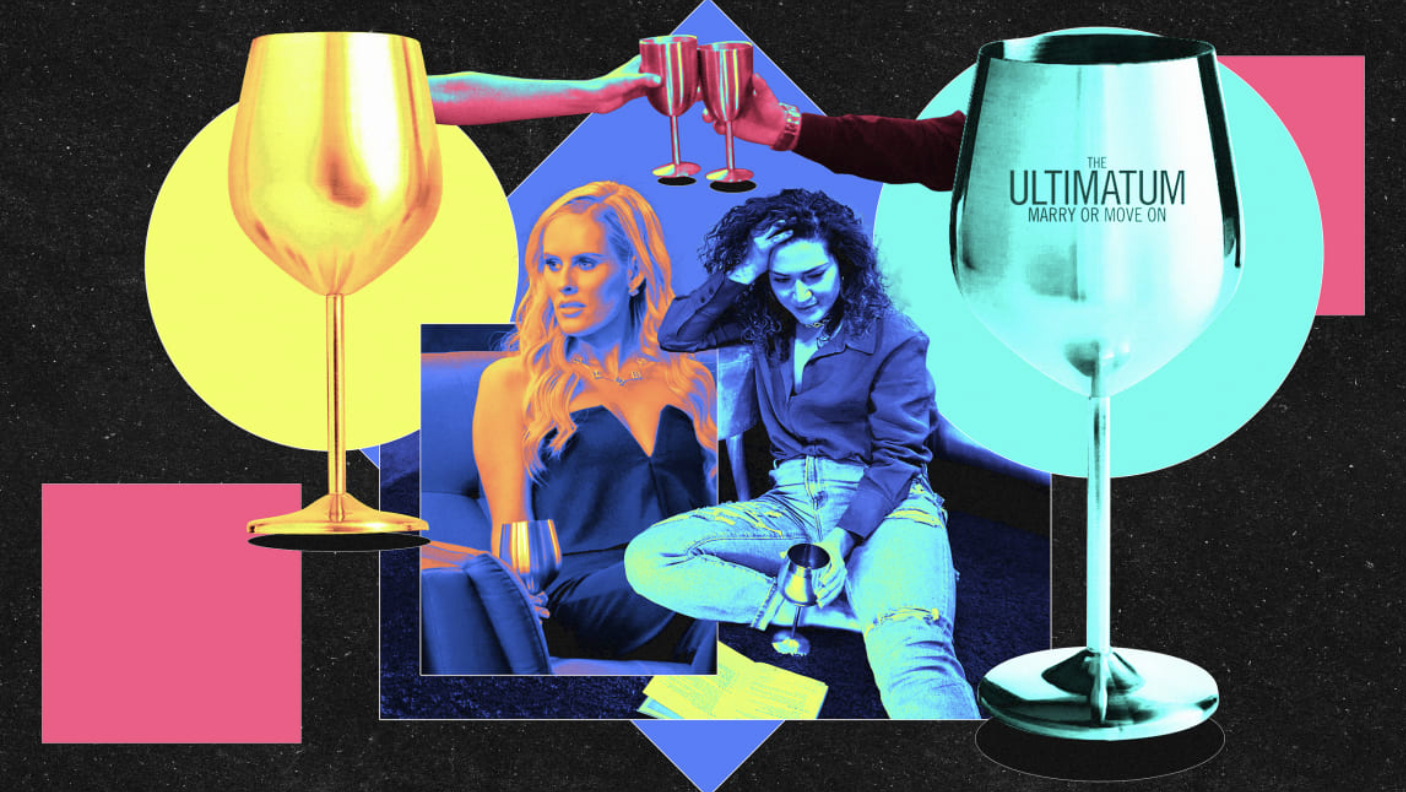 Reality-show twists can be predictable: someone will betray someone else; someone will get into a shouting match or a slap fight; someone will hook up. But recently the Netflix series The Ultimatum has offered a genuinely novel subplot: What’s up with all those silver goblets? The answer may be one of the most subtly effective branding gambits of the year.

The opaque drinkware crept into Love Is Blind gradually. Participants used normal glasses through most of season one, with only a few minor cameos by metallic-looking champagne flutes and wine glasses, growing more common in later episodes.

Someone at the show clearly recognized the utility or potential in these props, because in season two, which debuted earlier this year, the gold-colored wine glasses were, if not quite ubiquitous, definitely hard to miss. They cropped up not only in the studio but also at picnics on the beach, at the couples’ apartments, in their potential in-laws’ homes, and even at their weddings.

You can buy the silver goblets and tumblers (and sippy cups) — officially branded with The Ultimatum‘s logo and catchphrase: “Marry or Move On” — in Netflix’ online store.

So feel free to bring (authentic!) product placement into your actual home. And let’s raise a goblet to obscuring pesky truths with a shiny surface: If there’s one idea that unites reality TV and branding, that’s it.